Villa Cosmiana’s ‘Super Tuscan’ which bears the name of the most famous owner of the estate, Amerigo Antinori, Duke of Brindisi, is assembled from the estate’s best Merlot and Cabernet Sauvignon grape varieties.  The wine is aged in a mix of French and American oak barrels for a minimum of 12 months before being assembled in temperature controlled stainless steel tanks and further matured in the bottle for a minimum period of six months.

It shows a deep red garnet colour and displays aromas of red fruit candied in vanilla, cocoa and cinnamon.  It has a strong density and is long in the mouth with almost velvety tannins. 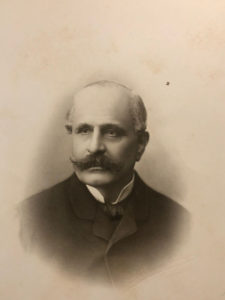 His name, Duca Amerigo, has been given as a tribute to the most prestigious wine of Villa Cosmiana, a « super Tuscan » matured 12 months in oak barrels made from an exceptional Merlot harvested within the estate.